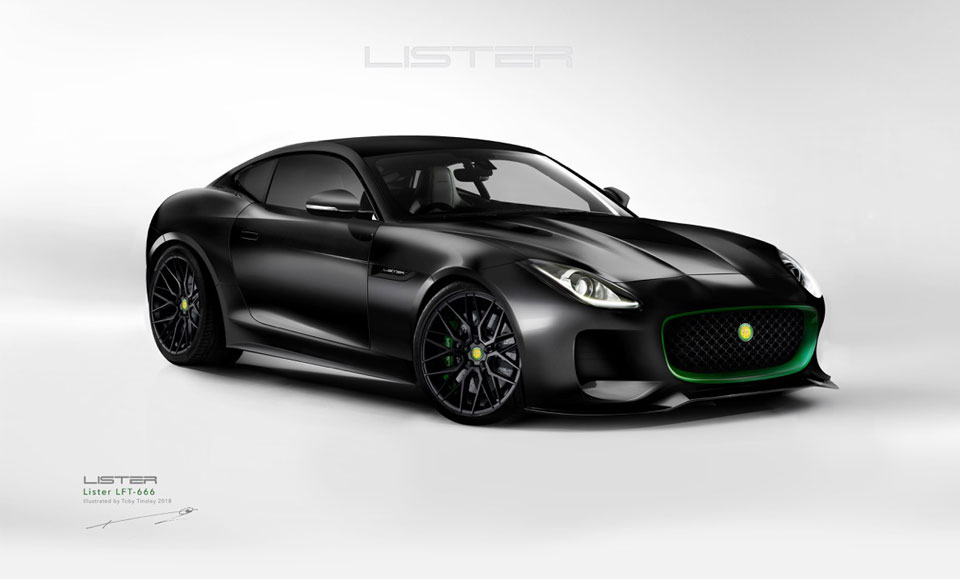 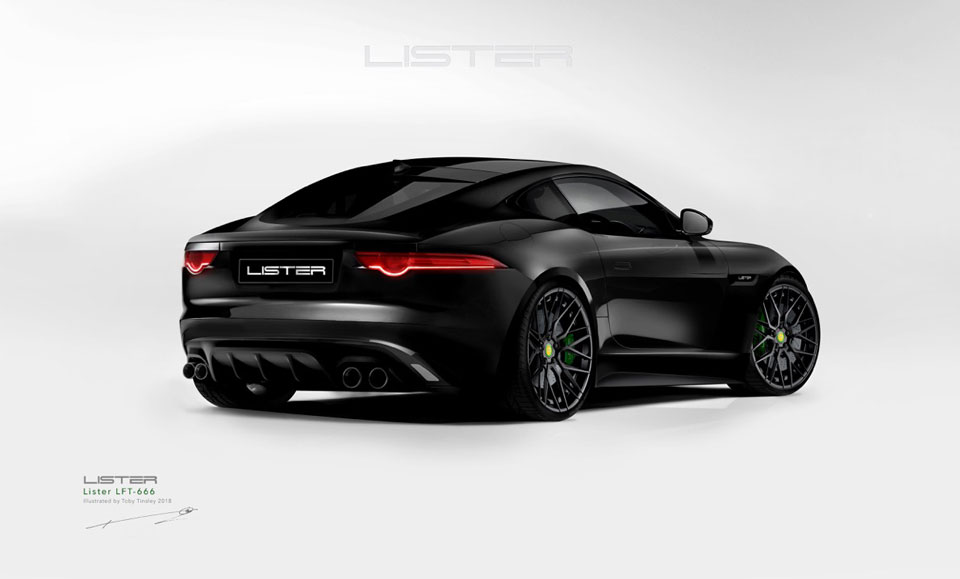 We are proud to announce our re-designated nomenclature for the new Lister LFT-666, and our first Lister Tuning division specification options.

We revealed our 666 bhp prototype based on the Jaguar F-Type earlier this year and subsequently took a record number of advanced orders. Since then, we have been busy refining and developing the F-Type even further, making the 666 bhp model the fastest, most powerful and luxurious Lister ever built in our legendary Cambridgeshire marque’s 65-year history.

By replacing many of the GRP parts of the standard F-Type, we have has created a lighter and stronger car that offers improved aerodynamics on both road and track with the end result being a much faster car than the standard model. We have also re-worked the suspension and some interior parts, including the steering wheel and seat design.

The first 666 bhp Lister LFT-666 order will be ready for customer delivery on 1st October 2018. In addition to the 99 examples of the supercharged 5.0-litre V8, we will also offer wheel and body enhancements for standard Jaguar F-Type models worldwide, with kits starting from just £9,750 for the Lister badge, bumper and wheel upgrade. Non-tuned cars with the Lister body enhancements will be known as simply the Lister LFT, with no BHP denotation.

Speaking of the exciting developments here at the Lister Motor Company, Lawrence Whittaker, CEO says, “Over the past six months the Lister Motor Company has been working hard on developing our Tuning Division, starting with modifying the Jaguar F-Type. Originally, we named the prototype the Lister ‘Thunder’, however, due to future model lineage, all 99-production models will now be known a, the Lister LFT-666, a befitting title and one where an intrigued passer-by instantly knows the break horse power of each Lister model.”

Lawrence continues, “The future of Lister is extremely exciting. We are investing £10million into the Lister Motor Company over the next two years, including a new dedicated 25,000 sq. ft. Lister head office and showroom in Lancashire, creating over 50 new jobs in the local area. We also have more new models to follow soon, including exciting news on our attempt at creating the world’s fastest SUV, which I can announce will be named the Lister LFP.”

An official announcement on the new 25,000 sq. ft. Lister Head Office and Lister LFP will follow in due course.