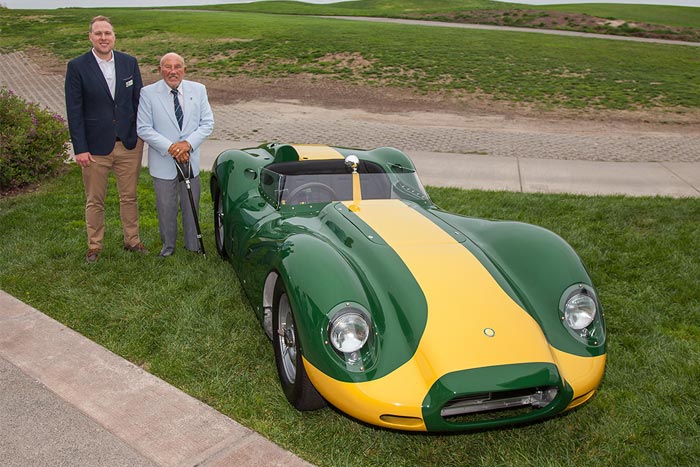 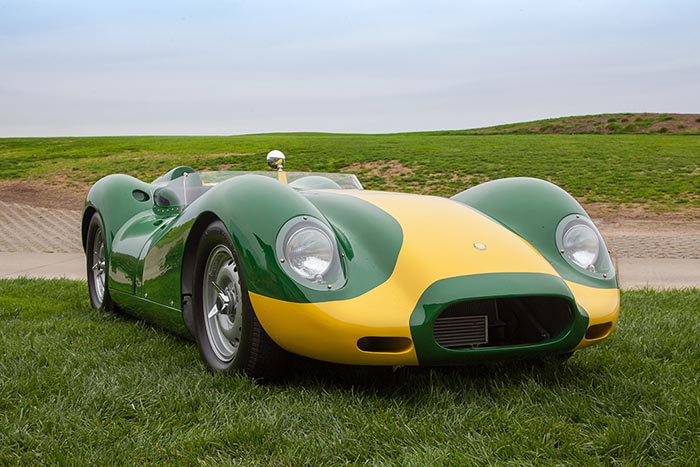 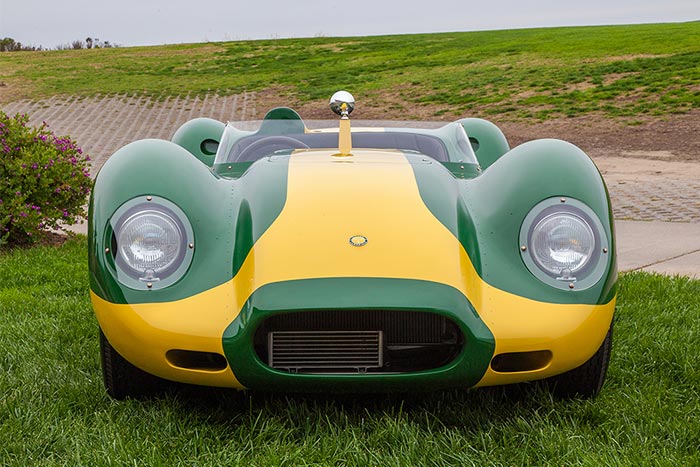 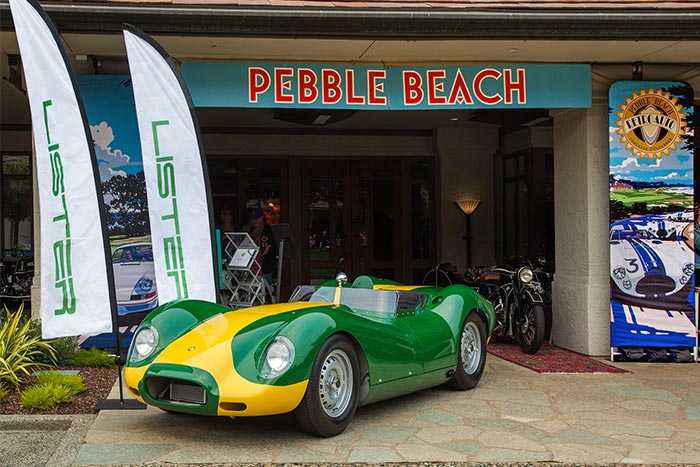 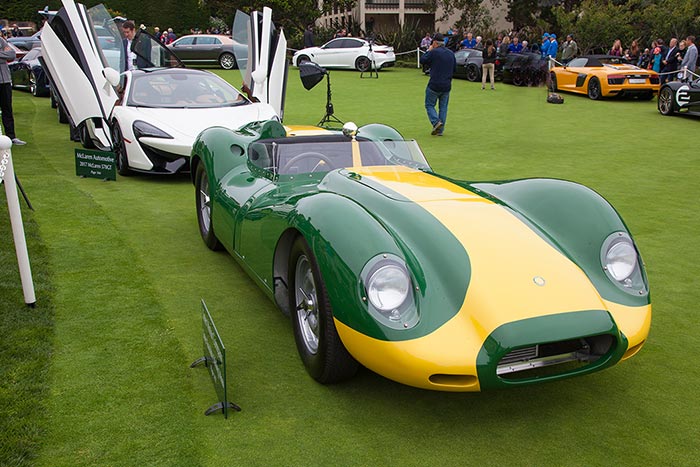 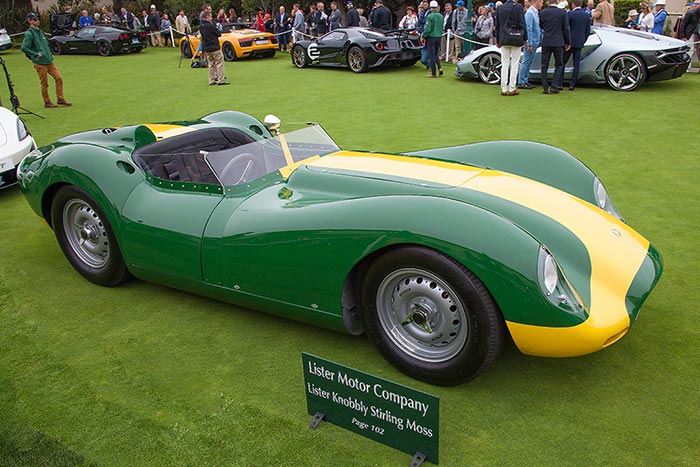 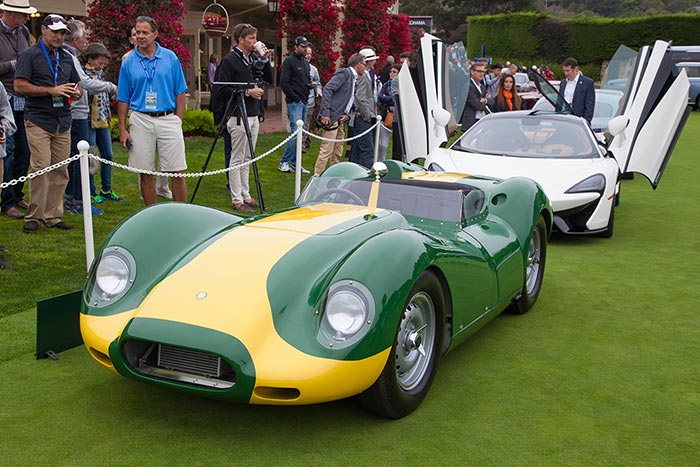 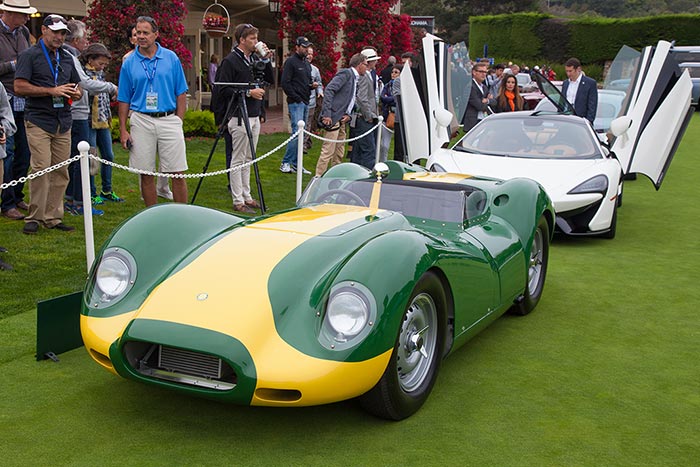 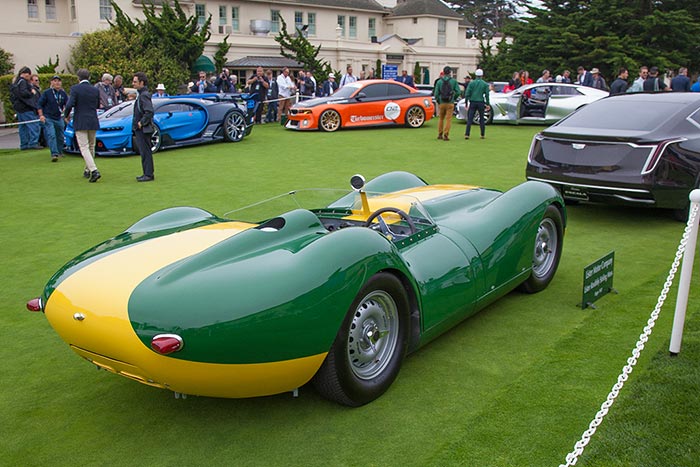 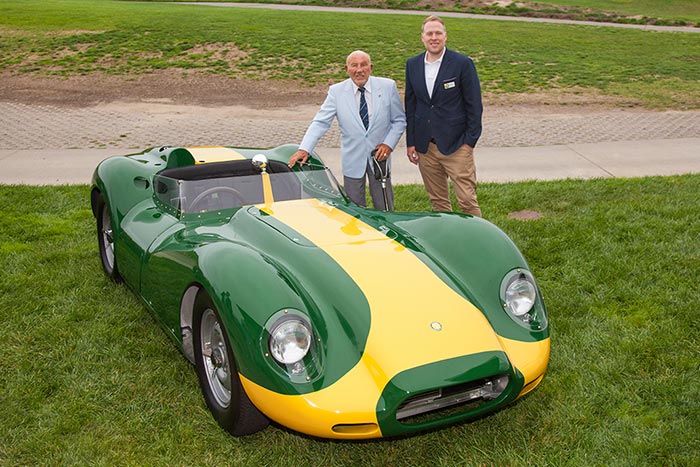 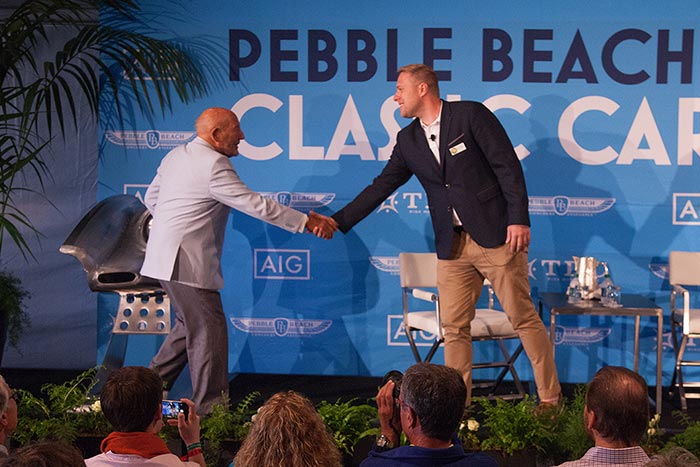 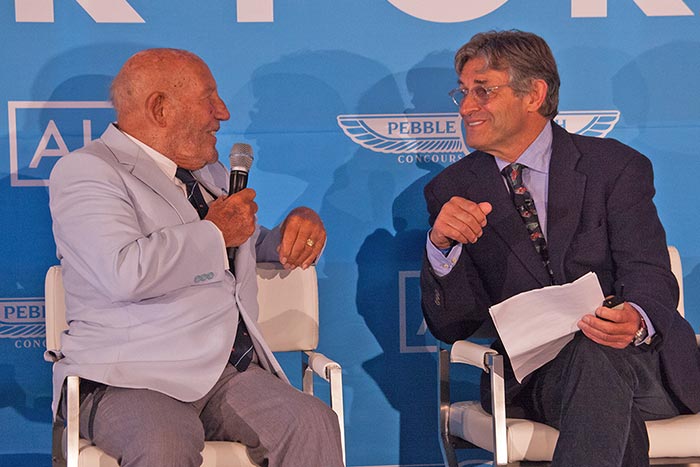 The Lister Knobbly Stirling Moss made its US debut at the prestigious Pebble Beach Concours d’Elegance on Saturday 20th August.

The limited run car wowed crowds over the course of the prestigious event making several stellar appearances including the famous Lodge Concept Lawn and the Pebble Beach RetroAuto. The car was officially launched to the public and media at the Inn at Spanish Bay in the Pebble Beach Classic Car Forum pavilion, at an event hosted by Alain de Cadenet with Sir Stirling Moss as the guest of honour.

Just 10 special edition cars will be produced, each featuring a magnesium body and special lightweight specification – just like the original ‘works’ racing Knobblys of the 1950s. These cars follow on from an initial run of 10 aluminium-bodied continuations – now all sold out – production of which began in 2014 at George Lister Engineering. Each is built using the same techniques as the original 1950s Knobbly, following the acquisition of Lister Motor Company by Andrew and Lawrence Whittaker in 2013.

The 10 Stirling Moss editions will celebrate Moss’s races for Brian Lister in the ‘works’ racing cars in the 1950s. While some original Lister Knobblys are still campaigned in historic racing, none of the original ‘works’ cars survive, making this limited run an incredible opportunity for collectors and Lister enthusiasts.

To keep ahead of customer cars and other rivals in the 1950s, Brian Lister reserved a special lightweight specification for his ‘works’ Knobbly racing cars – with one of the main features being a magnesium body.

Magnesium is an exceptional material, lightweight but difficult to source and expensive. It is also time-consuming to work with, as it is very hard to form, requiring incredible skill and craftsmanship. As a result, Lister has invested hugely in research and development into how to work with magnesium and produce perfect, hand-turned bodywork.

Lawrence Whittaker, CEO of the Lister Motor Company, said: “The Pebble Beach Concours d’Elegance is without doubt the most important concours event in the world and a must-attend on the historic motoring calendar. It has been a great honour to show our Knobbly Stirling Moss edition at the Pebble Beach RetroAuto, the Inn at Spanish Bay at the Pebble Beach Classic Car Forum and on The Lodge Concept Lawn. Everywhere we have taken the car it’s been met with huge enthusiasm. I’m absolutely delighted to have launched the car to such a discerning and receptive audience.

“Secondly, as magnesium is such a difficult-to-source material and requires incredible skill and craftsmanship to form, the Lister Knobbly Stirling Moss edition will be the only magnesium-bodied car you can buy – either as a road or racing car – anywhere in the world.

“Thirdly, this is only the second time in history that Sir Stirling Moss has put his name to a car. And this is truly limited run – we are only making 10. Ever. There will be no more. Factor in a personal factory hand-over from Sir Stirling Moss himself – a true British hero and a man who played a huge role in putting Lister on podiums in the 1950s – and you have an unrivalled, very personal experience. And an instant classic.”