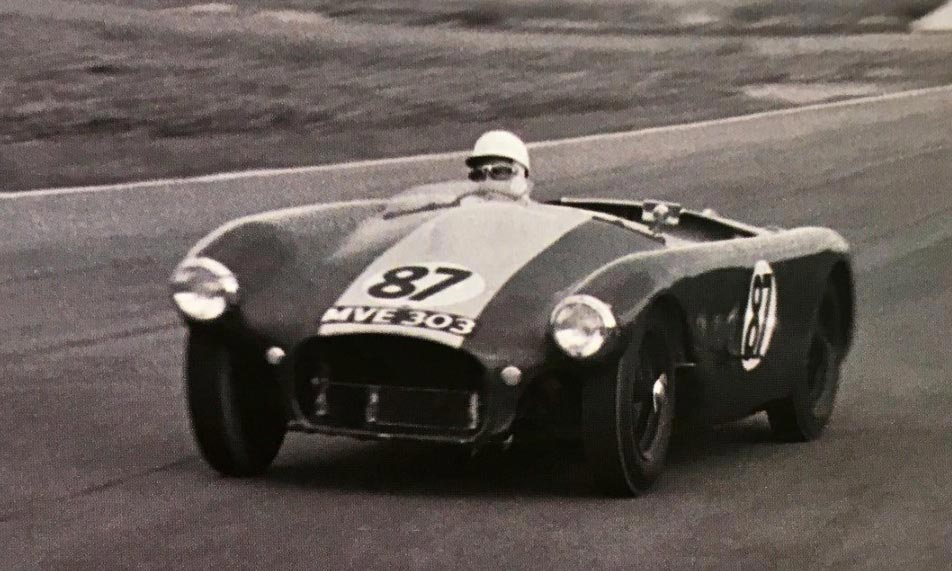 On 25th September 1954 Sir Stirling Moss made his debut for the Lister Motor Company, at Goodwood Revival, racing the Lister Bristol. Although it was Stirling’s first time racing for Lister it was the 284th race of his career.

Goodwood circuit is an historic venue for both two and four-wheeled motorsport in the United Kingdom The first race meeting took place on 18 September 1948. The three-day festival is held each September since 1998, for the types of road racing cars and motorcycles that would have competed during the circuit’s original period, from 1948 to 1966.

Stirling Moss met Brian Lister in the summer of 1954 at one of the many British races they both attended. They hit it off immediately, and that same year Brian invited Sir Moss to race a Lister Bristol at Goodwood on September 25th 1954. This was just the beginning for Sir Stirling Moss and his historic races for Lister.

Archie Scott Brown, who had some great battles in 2-litre sports car races with Roy Salvadori’s A6GCS Maserati, usually drove the Lister Bristol. Sir Stirling Moss stated in his biography My Racing Life, “Brian Lister asked me to drive it (Lister Bristol) at Goodwood in September 1954, and I too found myself fighting Roy’s Maserati. This picture must have been taken in practise, because we raced nose to tail for the whole race, but I never found a way past and finished second 0.6sec behind him, although I did have the consolation of setting fastest lap.” Although Stirling Moss finished second in the race, with a race time of 8m 46.6s, he famously said, “Better to lose honourably in a British car than win in a foreign one.”

“Brian Lister’s cars were always engineered to an incredible degree. His passion for technical excellence and dedication to staying ahead of the pack was without equal, yet he was always such a complete gentleman. I thrived on that – it was always a real pleasure to drive for him.”

The Lister Motor Company still holds a permanent sign above the pit lane at Goodwood, as being one of the very first companies to race competitively at the circuit.