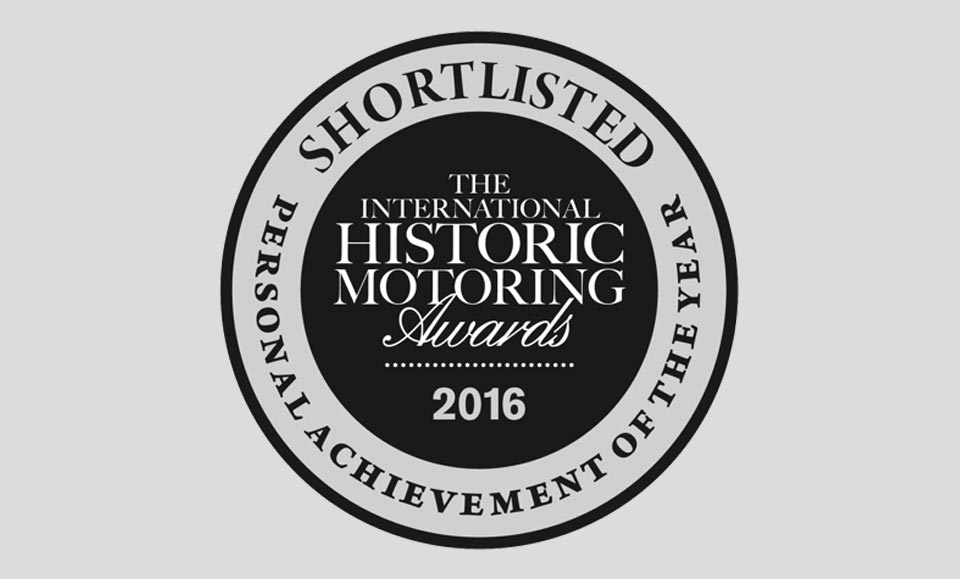 The International Historic Motoring Awards 2016 celebrates the diversity and depth of the historic motoring industry, and the individuals that work within it.

The Lister Motor Company are pleased to announce that Graham ‘Curly’ Hutton has been shortlisted for the Personal Achievement of the Year Award.

In September Graham celebrated 50 years at George Lister Engineering and has overseen the construction of the continuation Lister cars. 'Curly' was part of the original Lister Cars team and was involved in the 1950’s Knobbly project, he was also called back into service, alongside other members of the original team, when the Lister Motor Company came back into business.

Graham was overjoyed to be shortlisted for the award, saying:

“it is a privilege to receive this nomination, I’ve come full circle with the company as I worked on these great cars as an apprentice and once again in my twilight years! I’m looking forward to passing down my knowledge to the younger generation of engineers coming through.”

The winners of each category will be announced on November 17th at London’s Guildhall. For more information visit www.historicmotoringawards.com