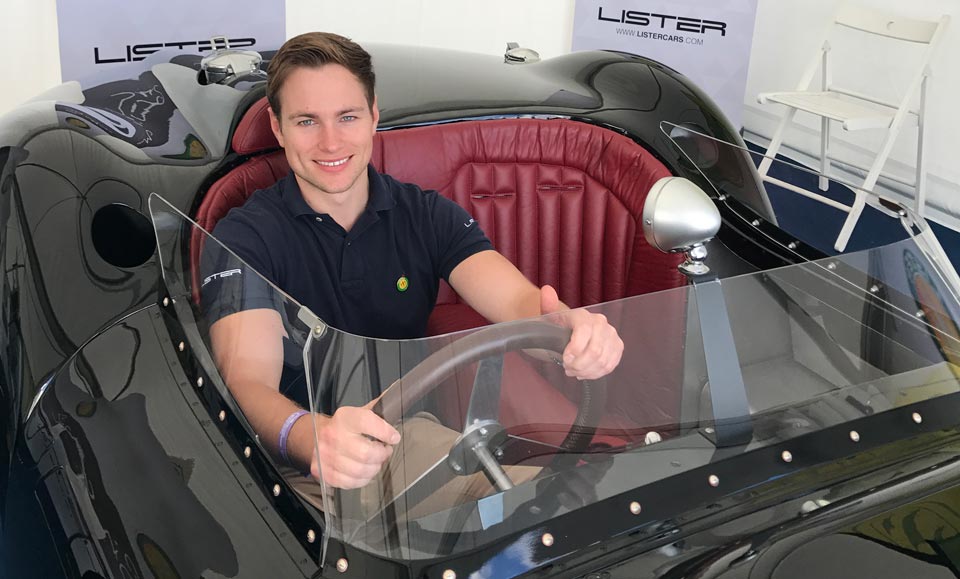 The Lister Motor company have announced the appointment of Rory McDonnell as their new Head of Sales and Marketing.

Rory has a background in Project Management and has worked on several high profile international projects in firms such as Siemens and the BBC. He has a keen interest in both historic racing cars and in British luxury manufacturing. Rory is currently completing a Doctorate in Management and Leadership at Lancaster University. He joins the Lister Motor company to take responsibility for Global Sales Operations, and he will also be playing a leading role in the development and release of the new Lister Thunder.

Lawrence Whittaker, CEO and Owner of The Lister Motor Company said: ‘We are very excited to bring Rory into the Lister team. He has a proven track record in project management and I look forward to him bringing his skills and experience to Lister sales operations. The Lister Motor Company has been named the UK’s fastest growing car manufacturer and we are keen to maintain this momentum.’

Rory McDonnell, Head of Sales and Marketing said: ‘It is a dream come true to work within such an iconic motorsports company. Lister has always produced legendary cars and have a strong worldwide following which includes some of the biggest names in racing. It has been a real honour to meet Sir Stirling Moss and to listen to his experiences of racing the cars in period. It’s a very exciting time to join Lister, with the imminent launches of both the Lister Costin and the new Lister Thunder. We will be staying true to Lister’s heritage and history of producing blisteringly fast and breathtakingly beautiful cars.’

To get in touch with Rory please e-mail [email protected]