In Memoriam: Dick Barton - 'One of the Original Lister Boys’ 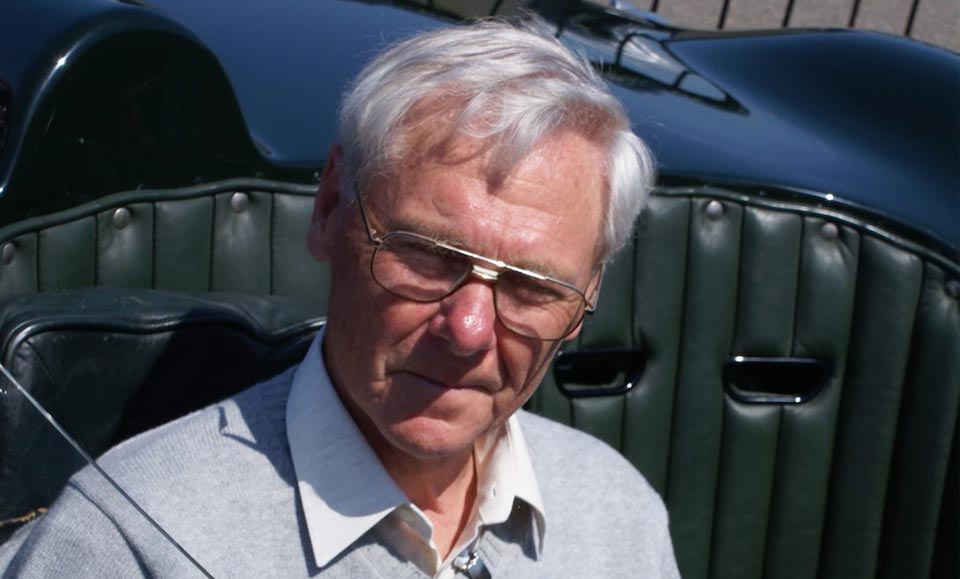 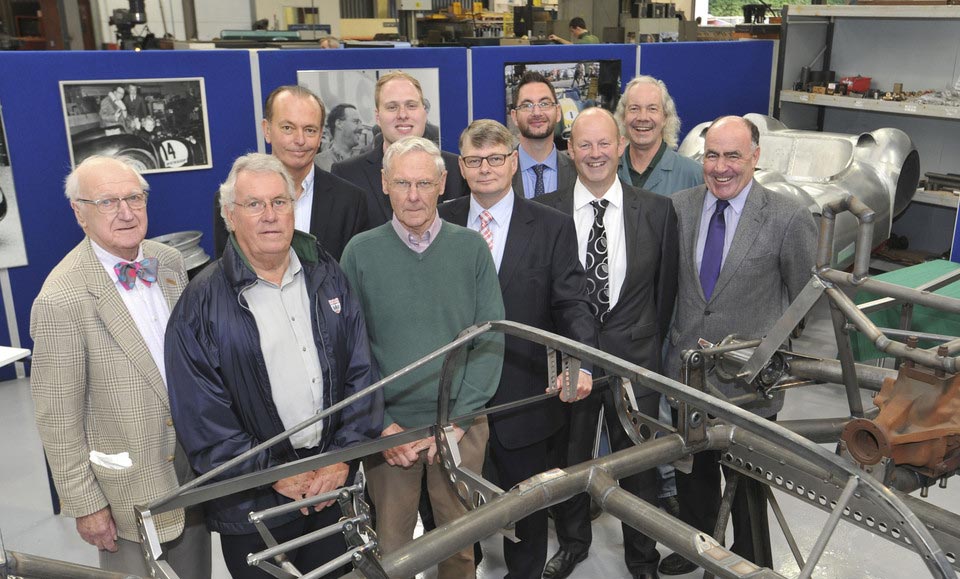 Edwin Barton, or “Dick” as he was affectionately known, in deference to the popular 1940s British radio series and the Hammer films fictitious hero “Dick Barton — Special Agent.” While not a special agent, Dick Barton became a very close friend and right hand man of Brian Lister. Barton had studied at Technical College prior to joining George Lister Engineering of Cambridge, the company that would eventually produce some of the finest British sports racing cars of the 1950s, taking on and beating many of the major national and international marques.

When I spoke to Barton (above, Mike Jiggle photo) early in 2017, he recalled how his friendship grew with Brian Lister, “I’d always been interested in cars and engines. Brian noticed this and asked if I’d like to work on his Morgan 4/4 after work, during the evenings. So, I worked as an apprentice for the business during the day and then went to another property owned by Horace Lister, the Boat Yard, where Brian kept his Morgan, at night. We’d work on the Morgan and fettle it for Brian’s racing and various motoring events he’d enter. I’d cycle home, some five miles, sometimes at midnight, and have to be ready for work again early the next morning. Of course, I attended these motoring events as Brian’s mechanic. Brian’s aim was to lighten the car as much as possible to aid his competition chances. For instance, lightening components being his obsession, among others, the flywheel was taken to the works and skimmed as much as possible, anything that could be lightened was drilled and worked on. So, that’s how my racing career started with Brian Lister’.

Dick Barton was such a modest man, always playing down the pivotal part he played in those early days of what was to become the bourgeoning years of Brian Lister Light Engineering Limited, the company that would eventually produce the iconic Lister Knobbly. As the company grew and other employees were taken on, Dick Barton was made Chief Mechanic, although in his own modest way he would always say it was a position he gained by default, rather than his professional ability. He was part of a very tight-knit and very successful racing team, again in his own words: “we were a tight, well-disciplined and friendly group, we took on the world, as far as motor racing was concerned, and won!”

As the racing exploits continued the company found Archie Scott Brown who, despite his severe disabilities, had irrepressible driving abilities, but had numerous issues with many racing authorities allowing him to race. Barton recalled, “The irony of the Lister story is that one of the greatest drivers of the era, Archie Scott Brown, never got to race at Le Mans — the ultimate sports car race. Due to his physical deformity, racing authorities took a dim view of his ability. Brian, and others, including Lord Howe, really fought for Archie. It was in 1958 that the French motor racing authority relented and allowed him to enter the race. Tragically, he was killed just a few weeks before the event. So, the little team from Cambridge bowed out of motor racing at the end of the 1959 season, but left a great legacy and stamp on the sport.” While Archie Scott Brown didn’t make Le Mans, Dick Barton certainly did. Brian Lister loaned him out to oversee the running of the Lister Jaguar privately entered by Bruce Halford and co-driver Brian Naylor. Despite the many gremlins that befell the car it was still running at the finish — the only Jaguar-engined car to do so that year. Unfortunately, only completing 241 laps the authorities deemed it hadn’t run a sufficient distance to be classified in the results.

The demise of Archie Scott Brown was ultimately the demise of Lister and the team folded in the early 1960s. Despite Brian Lister’s pleading, with a wife and family to support Dick Barton had to look for other employment and forged another career for the next 40 years at Cambridge University Department of Physical Engineering. However, Barton never forgot those years spent with Brian Lister, and their friendship continued until Brian’s death in 2014. He often referred to them as the “David and Goliath” years. He was and remained an avid ambassador for the Lister name, always attending any anniversary or special event held for the marque.

Personally speaking, I found Dick Barton a very approachable man who was only too pleased to recall those racing days of the 1950s. He was always a point of reference I’d use when researching those golden years when British motor racing began its meteoric rise. He’d be only too pleased to look through his notes, photos and scrapbooks to glean, or aid his recollections. With more haste these days, these gentlemen who were responsible for laying the foundation stones of our sport are disappearing from our midst. I was more than very grateful to have made his acquaintance.

To his wife Margaret, his family and friends, The Lister Motor Company offers its sincerest condolences.