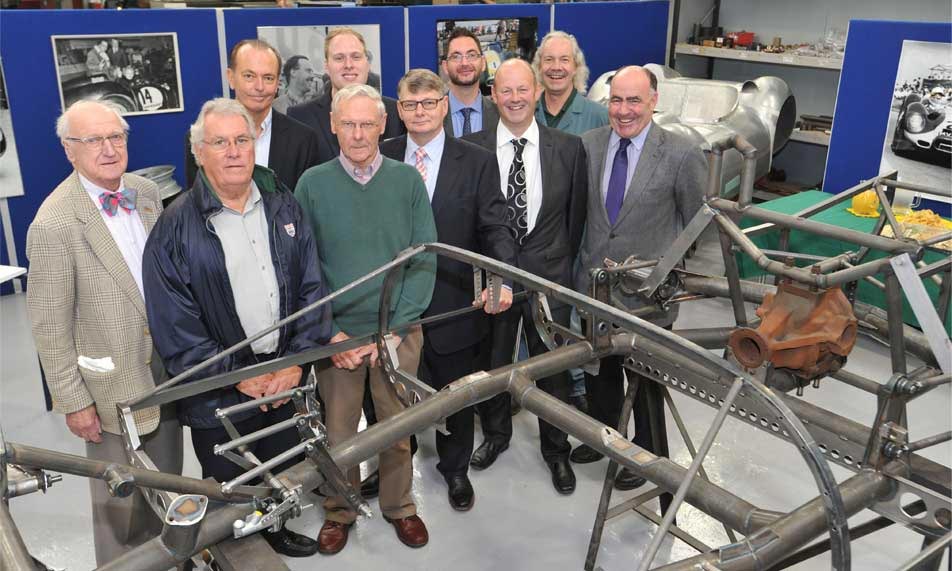 Lister Cars, which in September announced a historic return to sports car production, proudly reunited many of the company’s most significant characters at a celebration lunch at the Cambridge base of Lister Engineering. The gathering saw the company’s original founder, Brian Lister, and many of his original team members, all sharing stories and anecdotes of Lister’s glorious racing past, alongside the new Lister Cars senior management team of Lawrence and Andrew Whittaker.

Brian Lister said of the gathering: “It has been truly wonderful to reunite many of the original team members back in a factory that it is once again producing a Lister sports car. Lister had some truly talented people and that is what made us a formidable and successful company. I’m not sure any of us would have predicted that we would find ourselves back involved with Lister sports car production so many years later, but that is the fantastic reality of what is being celebrated today.”

Those celebrating alongside Brian Lister and Lawrence and Andrew Whittaker, were original team members, Colin 'Chippy' Crisp and Edwin 'Dick' Barton; Mark Hallam, Mark Pauley and Martin Murray, all directors of George Lister Engineering; and Quentin Wilson, well-known motoring pundit and journalist, who has been a lifelong Lister fan and aficionado. The gathering also welcomed various other members of the new management team and many of the hand-picked suppliers who will be providing world class expertise and engineering excellence to the new production cars.

The news that Lister Cars will once again be produce the legendary ‘Knobbly’ sports racing car, has been warmly welcomed by the motoring world. It’s almost 25 years since the Lister Storm, developed by Laurence Pearce, romped to numerous victories in GT racing, and with Lister’s 125 year anniversary celebrations taking place in 2015, the company is looking forward to a fantastic new era of low-volume sports car production.

Lawrence Whittaker, managing director of Lister Cars, says: “We have been truly delighted by the numerous messages of support and good wishes for this new project. Today’s gathering in Cambridge, which has taken place alongside the first of the new chassis to be produced, is a landmark moment for us. We are enormously ambitious and have some incredible hopes and aspirations for the future, and those plans reach far beyond the re-introduction of the classic Knobbly model. We are confident that Lister will become a new force to be reckoned with at the high-end of low volume sports car manufacturing”.

We would like to say a big thank you to everyone who came and we're already looking forward to next years show.