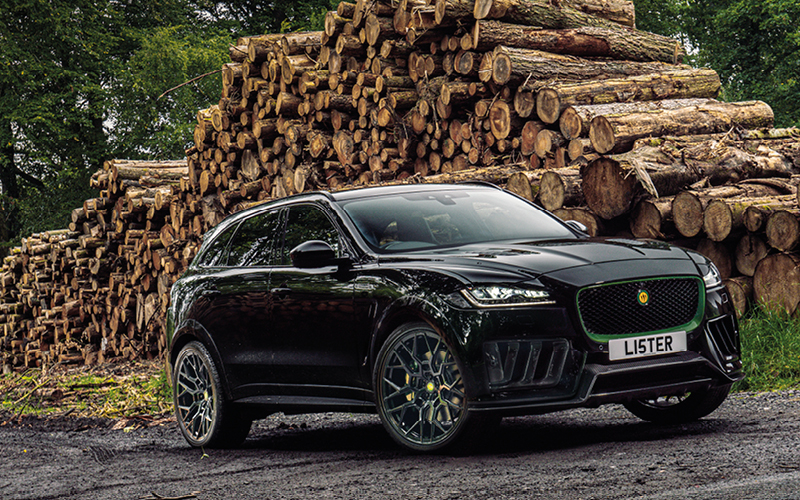 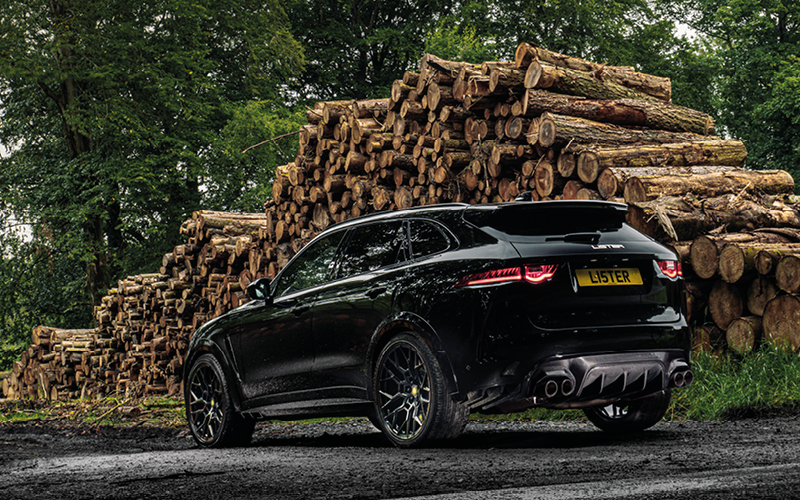 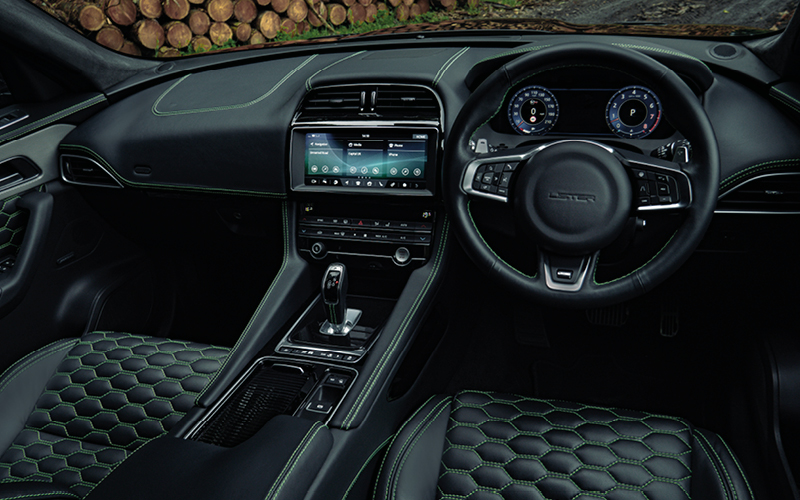 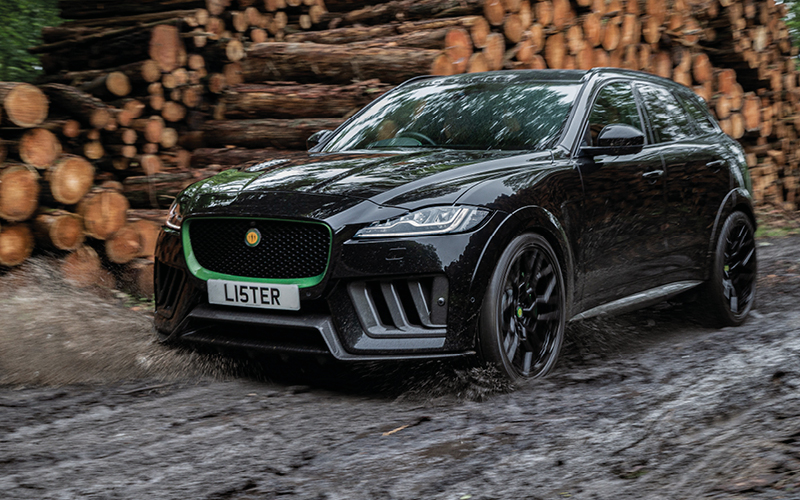 . Lister Motor Company takes the covers off Britain's fastest and most powerful SUV – the Stealth
. Power comes from a 5.0‐litre supercharged V8 engine producing 666bhp and 881Nm of torque, while 0‐60mph takes a mere 3.6 seconds with a top speed of 195mph
. Ultimate British SUV offers unrivalled blend of exclusivity, style and headlining performance at a price undercutting all of its rivals
. Production is limited to just 100 units
. Unlimited bespoke options

We are proud to unveil the fastest and most powerful SUV Britain has ever produced – the Lister Stealth.

Based on the already dynamic Jaguar F‐PACE SVR, the 666bhp Stealth is the latest in our long line of stunning, hand‐crafted and bespoke products.

To claim the title of Britain's fastest SUV, the Stealth required a thorough update to the 5.0‐litre supercharged V8 engine found in the factory F‐PACE SVR. Our team of highly experienced engineers set to work on the engine and cooling system to ensure it delivers an outstanding 666bhp and 881Nm of torque – a 22% increase over the standard car.

We began the process with a custom‐built intercooler and high‐performance air filtration system for optimising combustion temperatures and airflow into the unit. Upgraded dual supercharger pulleys have the cumulative effect of forcing more air into the combustion chamber for unrivalled levels of performance for this vehicle segment.

Like in the LFT‐666 and LFT‐C, the Lister Engineering Team have applied our proprietary Lister Engine Management System to the Stealth, modifying the programme mapping throughout the process to exploit the Stealth's full capabilities. The result is a five‐seat SUV that can deliver a devilish 666bhp with ease.

The Stealth will accelerate with the same urgency as a modern supercar and keep on going to its top speed of 195mph. In a sprint from 0‐60mph, the Stealth takes a mere 3.6 seconds, making it not only the fastest accelerating SUV Britain has ever produced, but also the most powerful to date. The Stealth adds proof to its claim of being Britain's fastest SUV after recently beating the Lamborghini Urus, Aston Martin Vantage and Mclaren 570 GT in a drag race at the renowned testing ground, VMAX200.

The Lister Stealth showcases its intent with a number of handmade bodywork enhancements that not only exude visual appeal but also contribute to the car's aerodynamic performance and engine cooling. The redesigned carbon fibre front bumper features two large air intakes to aid airflow into the engine, while the front splitter increases aerodynamic efficiency at speed while adding to the Stealth's dynamic handling. Uprated brakes, front and rear, ensure the Stealth stops as well as it accelerates.

A large carbon fibre rear diffuser sits in the middle of an exclusively sculpted rear bumper, creating additional downforce in tandem with the front splitter. We have also fitted a custom‐designed, stainless‐steel exhaust system complete with carbon fibre tips delivering gains in overall power output, giving the Stealth an unmistakable and thunderous soundtrack.

Completing the distinctive exterior look are matching side skirts and wider wheel arches to give the Stealth its purposeful stance. This is all complemented by bespoke, Lister‐designed 23‐inch Vossen forged wheels – the only element of the Stealth not made in the UK.

The Stealth features the highest‐grade Bridge of Weir Nappa leather interior that is tailored to every customer's specification. Up to 36 individual colour choices are available with a further 90 different stitching options covering all aspects of the cabin from the seatbelts, sport seats, dashboard, steering wheel and roof lining. With this level of customisation available, each Lister will boast its own unique identity that's truly personal to each owner.

As with every Lister model, exclusivity is guaranteed, with production limited to just 100 editions. Client consultation appointments are available via our website.

Lawrence Whittaker, CEO of The Lister Motor Company, said: "Creating Britain's fastest SUV is not without its challenges, but our in‐house design and development team have created a truly unique and world‐class product with the Lister Stealth. The launch of the Stealth continues our track record of creating bespoke, beautiful cars that major on performance, luxury and most of all owner and driver enjoyment, with a price point that significantly undercuts the competitors in this marketplace."