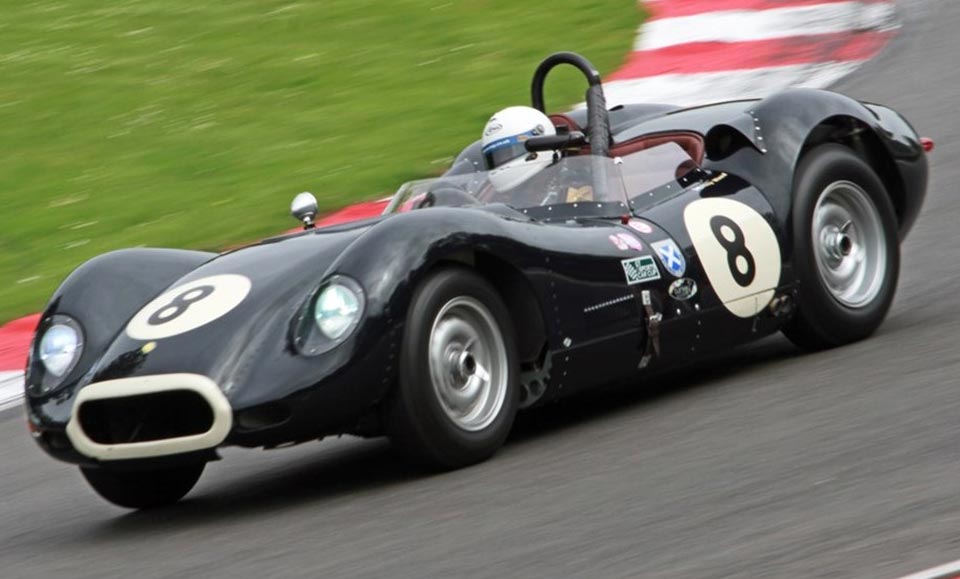 Following the end of another incredible season of wheel-to-wheel racing in classic Listers, Lawrence Whittaker – CEO of Lister Motor Company – has presented the Brian Lister Cup to Tony Wood, Will Nuthall and their team for a sensational racing comeback in 2015 in the Woods’ family Lister-Jaguar Knobbly.

Presented at a star-studded dinner hosted by the Royal Automobile Club, the Brian Lister Cup went to Wood following a herculean effort that saw his priceless Lister-Jaguar Knobbly repaired in less than 40 days following an accident before the season began. Wood and his team then went on to grab three podium finishes and fifth place overall at the end of the season.

Following a crash at the 73rd Goodwood Members’ Meeting on 21st March, which caused severe damage to the rear chassis, rear bodywork and mechanicals, three teams worked tirelessly to repair the car. By the time the first race of the season rolled around – at the Donington Historic Festival in early May – the car was ready. To put the team’s incredible turnaround into perspective, Lister Motor Company takes six months to hand-build each one of its sold-out Knobbly ‘continuation’ models.

It was at Donington that Lister-Jaguar Knobbly BHL 117 took its first podium of the season, driven by Tony Wood to third position, coming in just behind two extremely powerful AC Cobras. Later in the season at Silverstone Classic, the car again was driven to third before taking its final podium at the Spa Six Hours event.

The Brian Lister Cup isn’t just awarded on finishing points alone, but also takes in to account passion, preparation and performance – all of the values that Lister Motor Company stands for. With the incredible passion of Barry Wood, Tony Wood’s father, and his team, not to mention their impressive results, there could really only be one winner of the Brian Lister Cup for the 2015 season.

Lawrence Whittaker, CEO of Lister Motor Company, said: “When we first created this Cup, named in honour of our founder Brian Lister, we were keen that it not just be awarded to the best performer, but to someone that really captures the essence of Lister. It was an easy decision for us to award the Brian Lister Cup to Barry and his team – getting the car repaired to a podium-finishing standard in a little over a month is a real achievement and perfectly reflects the determination that Brian Lister was famous for.”